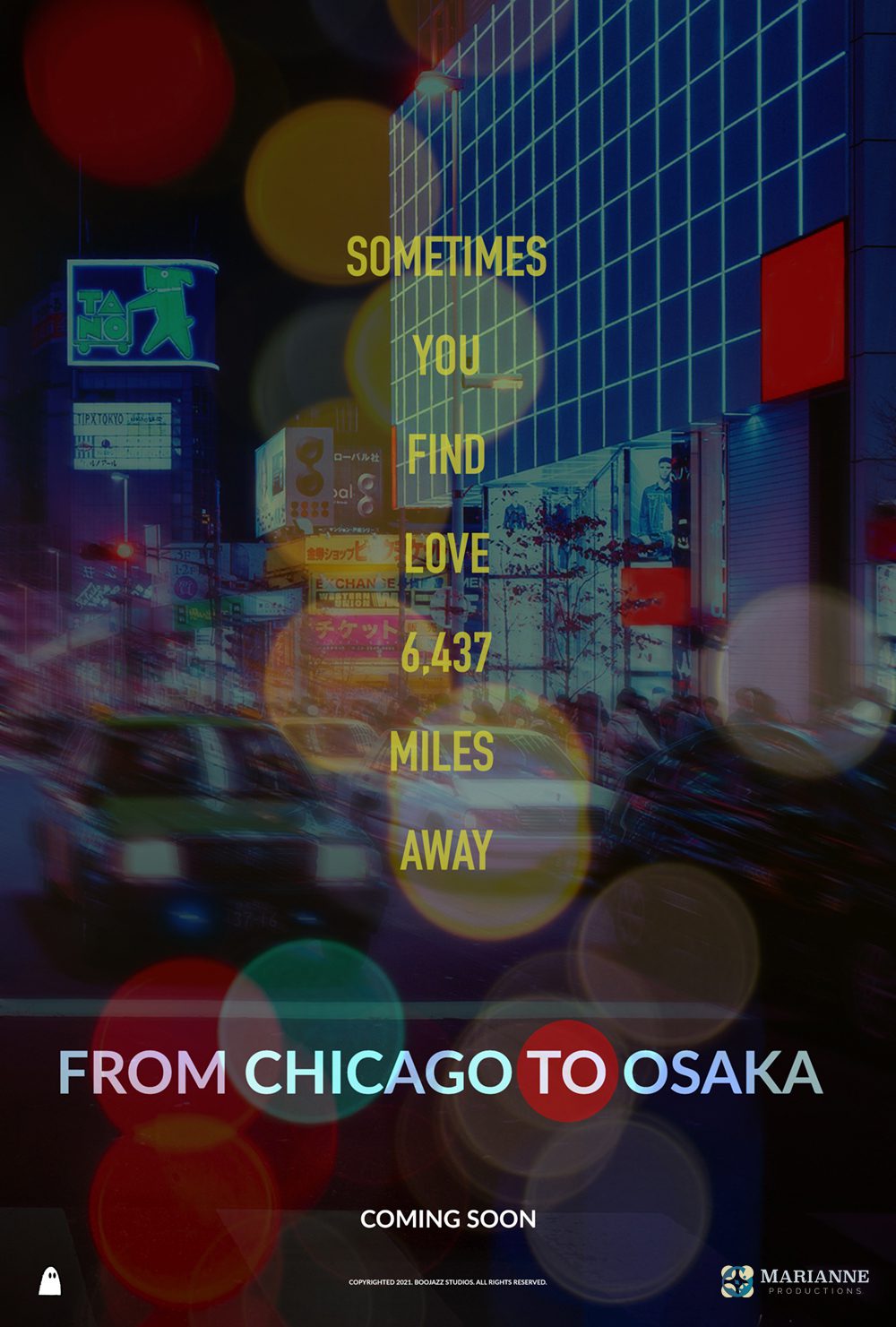 Once Japan’s borders officially open wide in 2023, organizations in Japan will desire worldwide popular culture and entertainment programming to renew worldwide interest and attract tourists to the region, especially after a limited Olympic Games due to the coronavirus outbreak.

Over the last few years, we’ve seen brilliant work from South Korea dominate this next wave of content from Southeast Asia with shows like Squid Game and films like Parasite. We feel there is real potential for entertainment based in Japan to also become fully mainstream in the United States.

Also, as the situation around the world becomes more unstable, streaming services may want to break into the Japanese and other stable markets with successful IPs. A well-written romantic comedy that touches on American and Japanese culture could easily meet those objectives.

Why Finance This Film?

The screenplay, written by Michael William Foster, is a two-hour small-to-low budget independent film that highlights the locations and people of Osaka.  There are many reasons why you should consider investing in our film, and why we feel this film would be successful. Some of these reasons include:

Still traumatized after a mass shooting, Chicago artist and designer Dylan Davis flies to Osaka as one of five guests for an upcoming group art show at the Midori Art Gallery.

An old work associate, Skip Mitchell, who’s covering the story for the ad agency Dylan currently works at, tags along for the free ride. Dylan reconnects with an old college buddy, Akira Agawa, now a family man, who longs for his more carefree days with Dylan at Northwestern University in Chicago eight years ago. Secretly, Akira is working on a plan to get Dylan a job at his Japanese robotics company.

After overhearing a hilariously harsh critique of his paintings, Dylan introduces himself to Haruka Nomura, the assistant director at the gallery. Just prior to their introduction, Haruka, suspecting her fiancé is cheating on her, gets into a minor car accident. Haruka’s aunt, Atsumi Fujisawa, owns the gallery.

For the next few days, Haruka and Dylan unpack the emotional toll recent events have taken on their lives while visiting many landmarks and tourist destinations in the Osaka region. Dylan has lost faith in his home, and Haruka has lost faith in her love life. Together, they just might find the solace they’ve been searching for.

“With a very high favorability rating, Japanese entertainment has the potential to become fully mainstream in America. Also, higher televisions and broadcast resolutions mean filming on-location will be much more of a value add for audiences. Finally, with a wealth of anime, manga, and video game material waiting to be adapted, we expect there will be much more content that originated in Japan pushing into Western markets.”

The Small to Mid-Budget Movie

As budgets around the world tighten, there’s an opening for movies that rely less on being expensive and more on being clever. Since the pandemic, studios learned that delaying the release of a film for an extended period is very, very expensive. Theaters are also struggling to keep audiences attendance at pre-pandemic levels. Translation, look to studios to focus on well-written smaller-risk lower to mid-budgeted movies for the forceable future.

Also, Gen Z, the children of counter-culture driven Gen X, we expect to see more of a demand for original IPs.

U.S. viewers’ interest in Japanese anime and live-action content has soared, according to a report by Parrot Analytics, as foreign shows have found more demand from audiences amid and after the Covid-19 pandemic.

“Interest in anime programs gauged from audiences’ behavior online was up 33% in the first quarter from just a year ago in the U.S., according to a report by Los Angeles-based Parrot Analytics, a startup that measures audience demand for television content shown on the internet, and market research company Global Connects. U.S. audience demand for Japanese-language live action shows doubled in the same period…”

Read the Article on Bloomberg

From our perspective, video game and anime adaptations will replace superhero/comic book movies as a driving force for entertainment in the 2020s & 2030s. As many video game IPs originate from Japan, we expect the further expansion of Japanese culture around the world, especially in the U.S.

Also, due to rising costs, geopolitical instability and ever-increasing picture clarity, on-location shooting will become more of a value add for audiences. Films have always thrived on the notion of “virtual” travel. (The introduction of Cinemascope in 1953 helped drive westerns and other landscapes as the wide screen enveloped audiences in the location.) With film and television screens increasing in resolution and picture clarity, showing underutilized locations will be a huge bonus, especially for a country like Japan where there is already built-in interest, especially with the 40-and-under demographic.

Romantics comedies make money. There’s a reason why the genre has remained a staple for so long. With the exception of special-effect driven juggernauts like Titanic (1997), they are relatively inexpensive to make, and have the potential for a better ROI. Our goal is to make a smartly-budgeted film that would travel the festival circuit and gain favorable word-of-mouth press. Even if the film doesn’t gather awards or critical acclaim, with the demand of continuous new content for streaming services, this film can easily find a home while recuperating any and all expenses with a small profit. (Even mediocre romantic-comedies without explicit content can do very well at the box office.) 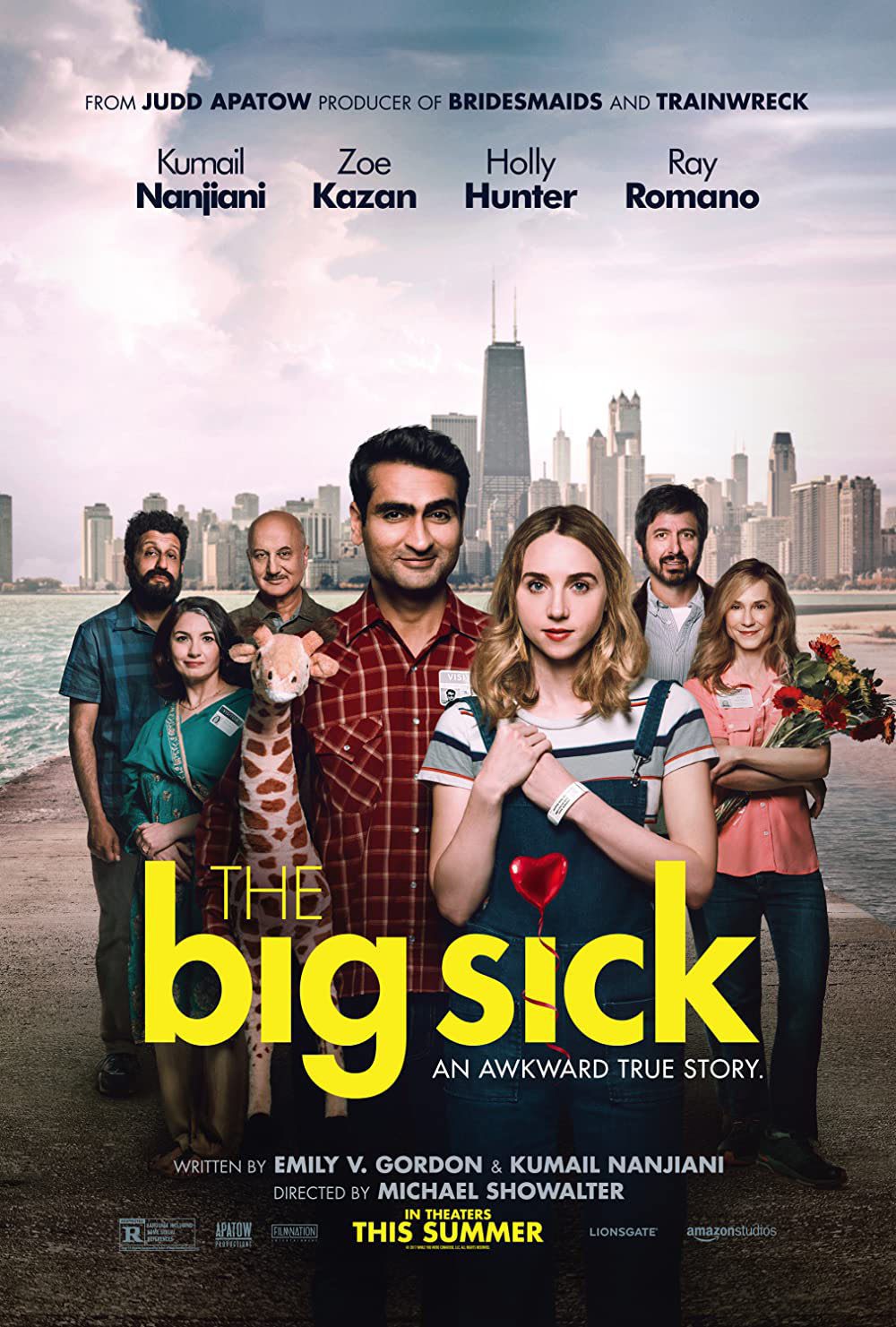 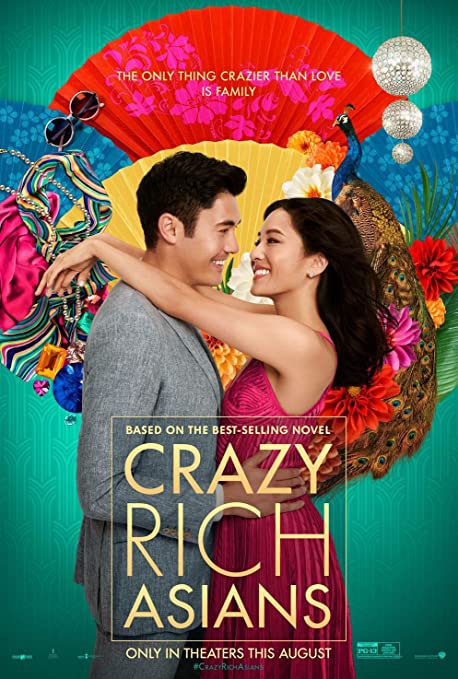 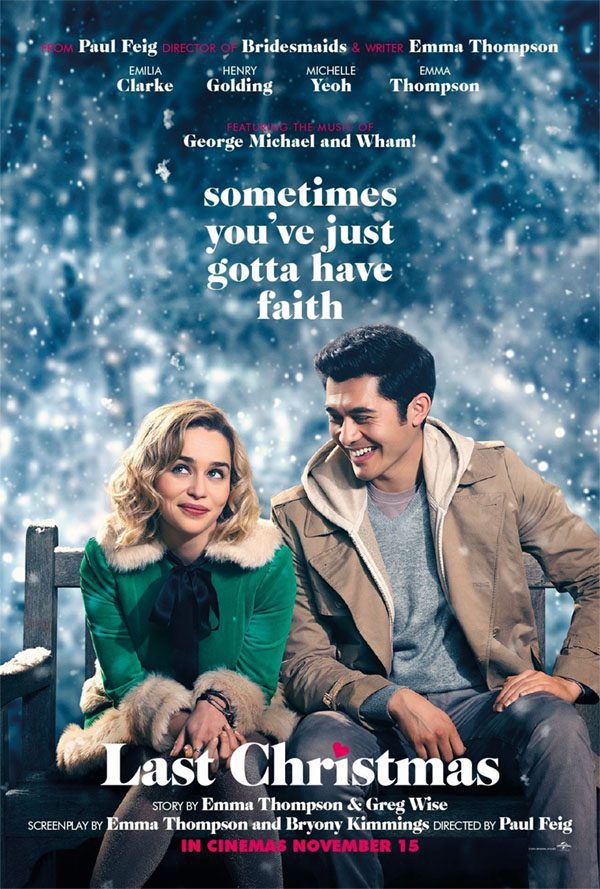 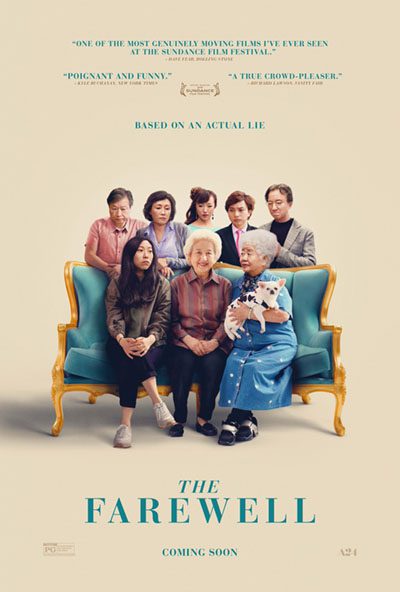 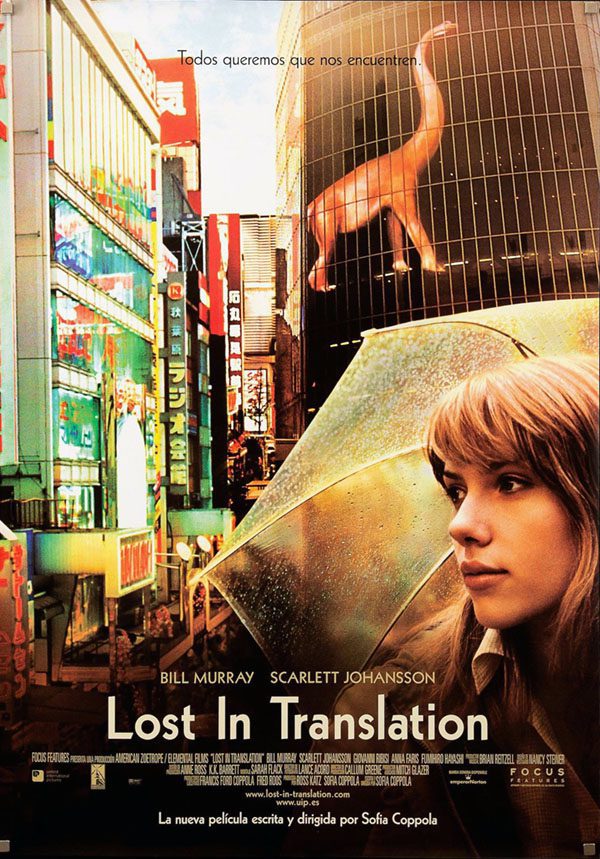 Anime is a Cultural Powerhouse

“According to data from Parrot Analytics, global demand for anime content grew 118% over the past two years, making it one of the fastest-growing content genres by that metric during the pandemic.”

There’s a wealth of anime, manga, and video game material waiting to be adapted. As the geopolitical scene is expected to darken, people will want more challenging, innovative and semi-realistic content. We expect these factors to drive even further interest in Japan, which already has a robust built-in audience in the West for men and women under the age for 40.

Expo 2025 is an upcoming World Expo organized and sanctioned by the Bureau International des Expositions (BIE), which will be held in Osaka, Japan. It will take place for six months during 2025, opening 13 April 2025 and closing 13 October 2025.  The projected visitor count is approximately 28 million. (Wikipedia)

As the world is coming to Osaka in 2025, wouldn’t it be wonderful to have a romantic-comedy motion picture released just a few month before the event?

With Osaka hosting the 2025 World Expo, we hope to begin filming in Osaka in the month of October of 2023 for an autumn 2024 international release.

“I needed a reason for the main character to decide that he’d had enough and would rather live in another country like Japan, where such harsh divisions, political turmoil, and mass violence are nearly non-existent. The only event I could think of that would act as a logical catalyst for his despair was for him to be caught up in a mass shooting.” – Screenwriter Michael William Foster

Although many films feature gun violence, very few show the aftermath. We wanted to do so in a non-political fashion. There’s no judgement, no preaching, just the fact that many Americans (and sadly after the assassination of Abe, Japanese) suffer from this kind of tragedy, and perhaps we can make a film that addresses this in a sensitive and relatable way.

“[Nielsen] released its 2022 Asian American, Native Hawaiian and Pacific Islander Diverse Intelligence Series report which noted a significant increase in Asian representation on screen in 2021. Across the top 1,500 shows in broadcast, cable and streaming video on demand (SVOD), SVOD led the way with 11% Asian share of screen compared to broadcast (3.2%) and cable (2.7%). The presence of Asian talent in top-rated shows like FBI, Equalizer, and Chicago Med, and the debut of Asian-led programs like FOX’s The Cleaning Lady indicate the industry is responding to growing calls for more Asian-inclusive content.

Read the Article on Bloomberg

Other key highlights in the 2022 Asian American, Native Hawaiian and Pacific Islander Diverse Intelligence Series include:

• Streaming programs drove Asian multigenerational co-viewing. Gen Z co-viewing on Netflix was 4.3x higher than audiences overall. On Netflix, for example, 8.4% of Asian American viewers aged 18-24 watched with someone aged 65-74.
• In 2021, there was a greater diversity of themes in shows with Asian representation — such as friendship, teamwork, and creativity — than in 2020 when the dominant themes were more stereotypical – cerebral, thoughtful, and good.
• More than half of Asians surveyed said they are more likely to buy from a brand that advertises in shows that feature Asians, creating an incentive for advertisers to engage with this population.
• A quarter of brands invest just 4% or less in the programs that represent Asians at parity, while the leaders for Asian-inclusive ad spending invest almost 10x as much.

Are you interested in financing the film From Chicago to Osaka? Please fill out this simple form. We can provide supporting materials, set up a meeting, even just a simple phone call.  We look forward to hearing from you.

*Please note, we do not accept any unsolicited suggestions or recommendations.

BROUGHT TO YOU BY 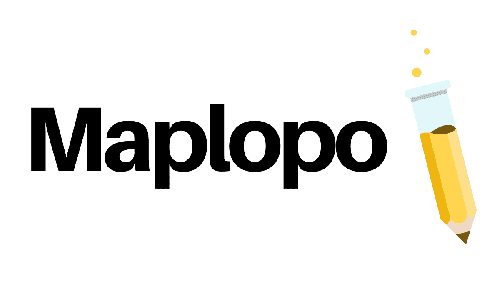